Yesterday, the whole bunch of the flat went to the Design Academy for the yearly Graduation show. Of course, flatmate Esther Ermers who graduated last December was there with her Spinning abc. She created 26 stools out of the letters of the (Dutch) alphabet. 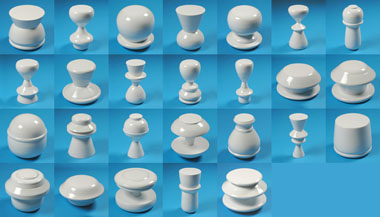 There was also a project, of which one part was this (sorry for the very bad quality picture): 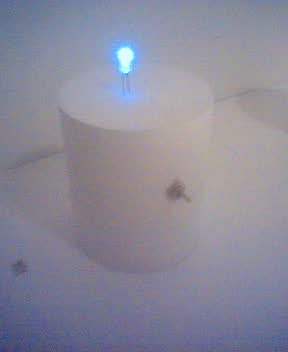 Uhm, OK. If it needs explanation: It is indeed a LED and a switch in a cilindrical case and nothing more.